BECOMING THE TRANSFIGURING LIGHT OF HIS PRESENCE

We see that the engine of the Gospel message that drives it into the world--is His presence and glory. It is not a tantalizing self-induced experience that produces no fruit, but rather an illuminating light which leads the world to Jesus and becomes the pillar of fire that leads His Church into the world. Yet often in contemporary circles, we see the opposite in effect. We want to privatize His glory and keep it shrouded in personal experience, assuming the world will simply "catch on".

WE ARE THE LIGHT OF THE WORLD

Look at the words of Jesus carefully, "No man after he has lit a candle puts it in a secret place, neither under a bushel, but on a candlestick so that they that come in may see the light..." (Luke 11:33).
"YOU are the LIGHT of the WORLD" (Matthew 5:14).
We have become the transfiguring light of His presence and are the only hope of the world to see it. "To whom God would make known what is the riches of the glory of this mystery among the Gentiles, which is Christ in you, the hope of glory..." (Colossians 1:27).

Our job description now is to reveal the Light of eternity in a dark world void of it. We are light to the world and are here to TRANSFIGURE and TRANSFORM it.
In Luke 10:2, harvest is literally mentioned three times, "Then He said to them, 'The harvest truly is great, but the laborers are few; therefore pray the Lord of the harvest to send out laborers into His harvest.'"

A "reaping or crop" is not "going" to be ready. It "was already" ripe, and the only hindrance to that reaping were the workers or laborers. That word "laborer" can be interpreted in the ancient text as "toiler or teacher." This world needs to be DISCIPLED into the Word of God.

As far as we appear to be climbing this current mountain of revelation and gifts, we can never disqualify the necessity of teaching and preaching His Word. It's the very reason the glory was given and that divine power was granted -- to "be His witnesses." Look at Philip as he encounters the Ethiopian Eunuch in Acts 8:26-39.
Philip became the prophet to Africa's royal court sent by God along the roadside. He became the teacher that illuminated the ancient text of Isaiah revealing Christ to him. Then he was a mighty evangelist who baptized the man in water along the way after the eunuch openly confessed, "I believe that Jesus Christ is the Son of God..." (verse 37).

STEPPING INTO OUR DESTINY

Rather than dissect God's power into cookie-cutter theologies, let's fully embrace the sheer power of His presence and step into the brilliant light of the "Lord of the Harvest" and become His prophets, kings, priests, teachers, and evangelists to the world. Three effects of this:
1. In that exact moment, the world begins to press around us like moths to the flame as it did Him and all of them then.
2. We suddenly realize we have entered a harvest that is a result of prophecy and has become the answer to His ancient prayer, "...pray the Lord of the harvest to send out laborers into His harvest"
3. You become that laborer and you become that harvester and the prophecy of Jesus of a great glorious white harvest continues to be fulfilled and unfolded.

The harvest we face today is a prophetic one born on the winds of prophecy uttered from the mouth of Jesus two thousand years ago. Like Philip, we run to it! We may see kings bow, princes baptized and vagabonds saved. This great prophetic adventure awaits us, and His glory will carry us into the white light of His presence, because we "are a city set upon a hill that cannot be hid" and we are the "Leukos" or "light of the world." 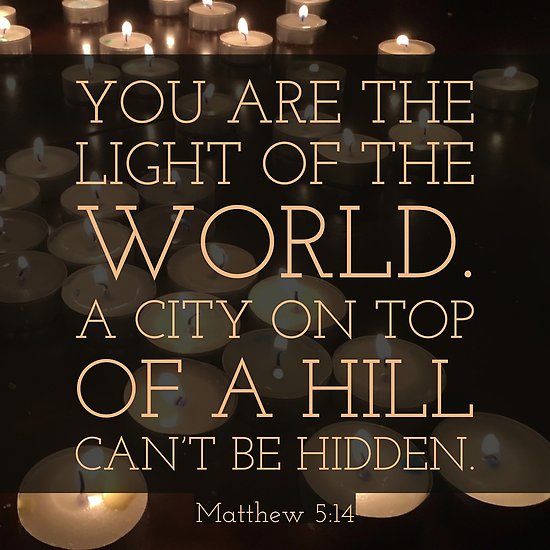