Ephesians 2:10 - "For we are God's own workmanship, recreated in Christ Jesus, that we may do those good works which God predestined for us, that we should walk in them."

2 Corinthians 3:18 - "But we all, with unveiled face, beholding as in a mirror the glory of the Lord, are being transformed into the same image from glory to glory, just as from the Lord, the Spirit."

Seeing His glory is more than just seeing His beautiful colors and majesty of His person. The glory of the Lord is described in a number of ways in Scripture, such as:
1. His Works
2. His Nature
3. His Power

GENERAL RULE: IF YOU ARE DRAWN TO A CERTAIN PART OF THE LORD'S NATURE, PURSUE IT!

1. If we are called to be a pastor or shepherd, we will perceive His glory as the Good Shepherd. A shepherd will tend to see Jesus' shepherding nature in everything Jesus did and will be transformed into that aspect of His glory by this.

2. Likewise, someone who is called to be a teacher will see Jesus' glory as the Teacher in everything He did, and this will transform and impart to them His teaching nature.

3. An evangelist will tend to see Jesus' glory in the Evangelist in all that He did, and they will be likewise transformed into that part of His nature.

As the Scriptures verify, we were known by God and CALLED by Him before the foundation of the world. When He made us, He made us with a purpose, and that CALLING in Christ is over and above our secular vocation:

1. If we are called to a teaching ministry, few things will be as rewarding as seeing people receive understanding about the Lord and His ways.

2. If we are called to a healing ministry, few things will be as rewarding as seeing someone healed.

3. If we are called to prophetic ministry, receiving revelation from the Lord will be one of the most fulfilling things that can happen to us, and so on......

QUESTIONS TO ASK MYSELF:

1. What is it about Jesus that attracts me to Him the most?

2. What is it that He did that I would love to be able to do the most?

BY KNOWING HIM, BEHOLDING HIM, AND FOLLOWING HIM, THERE IS AN IMPARTATION THAT RELEASES HIS AUTHORITY IN ME.

MY BASIC PURPOSE IS TO LOVE GOD, BE TRANSFORMED BY HIM, AND DO THE WORKS HE PREDESTINED FOR ME. 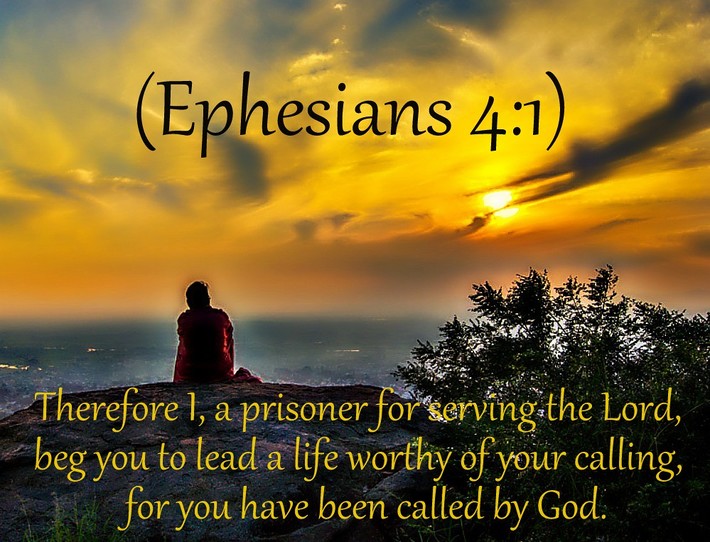