FAITH THAT APPROPRIATES AND MANIFESTS

Luke 19:12,13 - He said: "A man of noble birth went to a distant country to have himself appointed king and then to return. So he called ten of his servants and gave them ten minas. 'Put this money to work,' he said, 'until I come back.'

A mina represents the truths of God's word, our inheritance in Christ, the love of God shed abroad in our hearts, and the covenant blessing that are given to each believer. Each individual has the same; no one is given extra to start with.

This parable speaks of what every one of us as believers possess in Christ. These blessings are ours in Christ, but it is our faith that appropriates and manifests them here on earth. And it's our obedience and giving that causes them to multiply. This is why the nobleman, who represents Jesus, says to his servants (us) - "Do business till I come". We are to take what we have been given and multiply it to the glory of God.

Luke 19:20,24 - "Then another servant came and said, 'Sir here is your mina; I have kept it laid away in a piece of cloth. Then he said to those standing by, 'Take his mina away from him and give it to the one who has ten minas.'"

The master said, "For I say to you, that to everyone who has, more will be given; and from him who does not have, even what he has will be taken away from him."
More revelation will be given to him that has. This involves asking, seeking, and knocking (Matthew 7:7,8).

This parable shows that each man had the potential of multiplying his mina many times over. In regard to our personal lives, THERE IS NO LIMIT TO HOW MUCH WE CAN AFFECT AND BUILD THE KINGDOM OF GOD.

I ALLOW THE SEED OF INCREDIBLE POTENTIAL WITHIN ME TO BE RELEASED AND DISPLAY THE GLORY OF GOD TO THE WORLD!

I FORGET THOSE THINGS WHICH ARE BEHIND, AND PRESS TOWARD THE MARK FOR THE PRIZE OF THE HIGH CALLING OF GOD IN CHRIST JESUS. 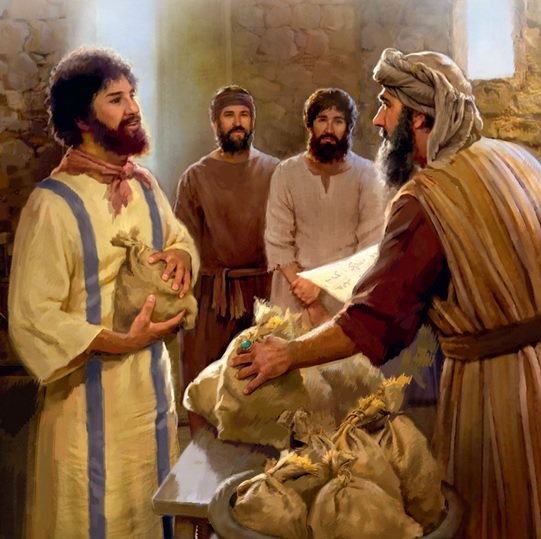