Truly, intercession involves more than just prayer—intercession can be literally translated, "to come between" (see Strong's #H6293). So while Jesus does intercede for us at the right hand of the Father, He also gave His life as a sacrifice—and that required action (see Romans 8:34; Hebrews 7:25).

Isaiah 53 reveals that with His death, He bore our griefs and sorrows that we might have joy. He was wounded and bruised that our transgressions might be removed. And He suffered stripes (blows that cut in) that we might be healed (vs. 4-5).

But there's also this: In allowing Himself to be led as a lamb to the slaughter without opening His mouth, by standing as a sheep before its shearers in silence—He stood in the gap for those who have no voice! He was oppressed and afflicted, suffering unjustly, that those who experience injustice might be given a voice.

We are meant to be that voice!:

He set us free that we might set others free.

We were healed that we might be used to heal others.

We exchanged our sorrow for joy that we might also comfort those who mourn, and
He suffered unjustly that we might restore justice to the oppressed (see Isaiah 61).

"...it displeased [the Lord] that there was no justice. He saw that there was no man, and wondered that there was no intercessor…" (Isaiah 59:15-16)
There are so many areas you can get involved in God's plan to restore justice. It might be defending the rights of the unborn or family values, working to rescue sex-trafficking victims, or acting on behalf of the poor, widows, or orphans (see Psalms  82:3-4; Isaiah 1:17).

Whatever vision and direction the Lord might give you, He will bring the provision necessary to complete the task. For those who respond to God's call to engage in compassionate justice—He will supply every need! (See Philippians 4:19.)

Many well-meaning people today are moved to activism in areas of social justice. But without a Biblical standard of truth, confusion often enters in. For example, instead of working to preserve unborn life, the "right" of women to have an abortion will be championed. Instead of defending Biblical standards of gender and family structure, homosexual and transgender "rights" will be promoted. And many who jump into the justice fray are missing the most important element of all—that our involvement should be motivated by God's heart of love (see 1 Corinthians 13).
God's people, the Church, ought to set the model and standard for compassionate justice.

First, we should pray that those truly oppressed be set free.

Secondly, we should ask Him to show us our part and place in His plans.

Thirdly, we need to be willing to act.

This will require the sacrifice of convenience; our time, energy, resources, comfort—and even our reputation—will at times need to be laid down.
Jesus counted the costs and then, out of love, laid down His life for mankind. 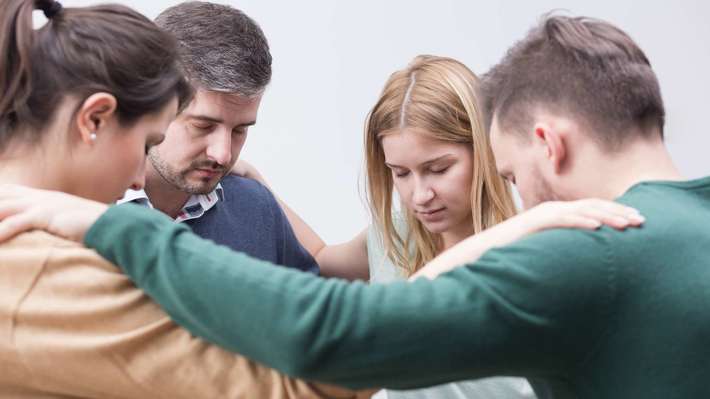