LIFTING OUR HEART UP TO JESUS

Luke 9:54 - "When the disciples James and John saw this, they asked, "Lord, do you want us to call fire down from heaven to destroy them?"

Jesus healed all who came to Him -- no exceptions. He also healed all the Father directed Him to heal. Setting another standard than what Jesus gave us is unacceptable.

GOD IS ALWAYS GOOD
Jesus stilled every life-threatening storm that He encountered. We never see Him using His authority to increase the impact of a storm or to bring calamity of any kind. Never once did He command the storm to destroy a city so that its citizens would become more humble and learn to pray, thus becoming more like Him.

Today, many spiritual leaders announce why God sends a storm -- to break the pride and sinfulness of a region. Obviously God can use any tragedy to His purposes. But that doesn't mean the problem was His design. Jesus didn't deal with storms in that way. Regardless of how or why the storm came about, Jesus was the solution.

By thinking that God causes our storms, diseases, and conflicts, are we resorting to the same reasoning as did James and John when they said, "as Elijah did"? (Luke 9:54.) They justified their thinking by using an Old Testament standard for a New Testament dilemma. Are we truly justified for having such a response because we can find a biblical precedent in the Old Testament?

THE POWERS OF DARKNESS
Why did Jesus rebuke the storm (Mark 5:35-41) instead of just telling it to stop? The implication is that the powers of darkness were involved in the storm, and they needed to be dealt with because they violated the heart and purpose of God on the earth. And if the devil is involved in the storm, we don't want to be found saying the storm is the will of the Father.

Whatever you think you know about God that you can't find in the person of Jesus you have reason to question. Jesus Christ is the fullest and most precise revelation of the Father and His nature that could ever be made known. 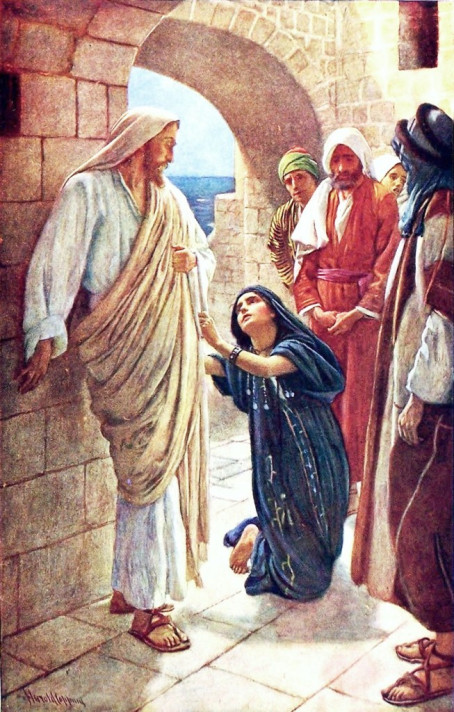