"And if the Spirit of him who raised Jesus from the dead is living in you, he who raised Christ from the dead will also give life to your mortal bodies because of his Spirit who lives in us." - (Romans 8:11 ). The Bible says we are risen "now" in the "likeness of His resurrection" and life (see Romans 6:5).

REIGNING AS KINGS
"For if because of one man's trespass (lapse, offense) death reigned through that one, much more surely will those who receive [God's] overflowing grace (unmerited favor) and the gift of righteousness reign as kings in life through the one Man Jesus Christ (the Messiah, the Anointed One)" - Romans 5:17. AMP

"For this purpose also I labor, striving according to His power, which mightily works within me" (Colossians 1:29 NASB).

We are reigning in life as kings through resurrection and the grace of God. Sin and death have no dominion over me. "Knowing that Christ, having been raised from the dead, dies no more. Death no longer has dominion over Him" - Romans 6:9 NKJV. This means that sickness, poverty, and disease have no dominion over us because we have died and been resurrected to share in His likeness.

"The law of the spirit of life in Christ Jesus has made me free from the law of sin and death." - Romans 8:2

NEW LAW OF GRACE
There is a new law of grace. The law of sin, death, and condemnation was a spiritual law of death and bondage. All of hell was ready to back-up and enforce that law. But the new law of the Spirit of life, the law of grace in Christ Jesus, has made me free from the law of sin and death.

Now all of heaven and His angels are ready to enforce this law! Therefore, the truth is that grace says that I'm not sick (sickness can be defeated)! I am blessed. I'm free and no longer under death's curse of sin, sickness, disease, and poverty. It's a spiritual law of grace and freedom. "Devil, you can't hold me down!" There is a new law of the Spirit realm-the the law of the Spirit of life in Christ Jesus. "There is therefore now no condemnation to those who are in Christ Jesus." - Romans 8:1 NKJV. There is no guilt, punishment, sentence, or shame.

CHRIST NOW LIVES THROUGH US
"Therefore we were buried with Him through baptism into death, that just as Christ was raised from the dead by the glory of the Father, even so, we also should walk in newness of life." - Romans 6:4 NKJV.

"For the death that He died, He died to sin once for all; but the life that He lives, He lives to God. 'Likewise you also, reckon yourselves to be dead I

We need to be possessed by the Holy Spirit in such a way that we know it's no longer us who lives, but Christ who lives in us. And we'll be walking in this reality when Jesus actually lives through us like He wants to -- through our eyes, ears, words, touch, and presence.

MANIFESTING GOD'S KINGDOM
Through the likeness of His resurrection (see Romans 6:5) and the idea that as we walk in "newness of life," we walk in victory.

Two keys to this are His grace and our obedience -- in love. In fact, we can only manifest God's kingdom to the extent we're willing to sacrifice, surrender, and be obedient to His PURPOSE FOR OUR LIFE. The greater the obedience and total surrender, the greater the manifestation of power.

Victory is in the power of the Holy Spirit residing in us. Trust in Him today. 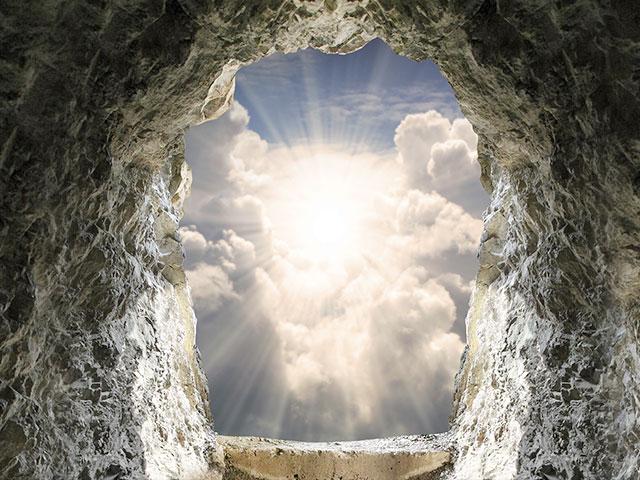