The World is Getting Darker...But We Should Get Excited!
This is truly the Kairos moment for our generation.
Where are the ones that are going to walk in the authority and the power that God has given us?

HIS POWER AND AUTHURITY IN US

John 14:12-14, - "Most assuredly, I say to you, he who believes in Me, the works that I do he will do also; and greater works than these he will do, because I go to My Father. And whatever you ask in My name, that I will do, that the Father may be glorified in the Son. If you ask anything in My name, I will do it."
When we stand on the Scripture in John 14, it doesn't matter how dark the world gets because we have the power of God living within us. Jesus told the disciples that it's better that I go away and that the Holy Spirit comes. Jesus states that you would do everything that I do and you will even do more than I do. This should give the Body of Christ such hope and excitement, knowing that Jesus gave us the power from Heaven to rule this earth with power and authority. Jesus says anything that we ask in His name will be given unto us.

Ephesians 6:12 - "For we do not wrestle against flesh and blood, but against principalities, against powers, against the ruler of darkness of this age." Another translation says: "Your hand-to-hand combat is not with human beings but against the highest principalities and authorities operating in rebellion under heavenly realms." We have authority because we fight in the heavenly realms.

2 Corinthians 10:4-5 - "For the weapons of our warfare are not carnal but mighty in God for pulling down strongholds, casting down arguments and every high thing that exalts itself against the knowledge of God." We have the ability through God to pull down strongholds and cast down arguments.

Romans 16:20 - "And the God of peace will crush satan under your feet shortly." We fight from victory not for victory. The word crush means to deform, pulverize or force in word by compressing forcefully. That's exactly what we do to the enemy because we have the power and authority from God.

THE JUST SHALL WALK BY FAITH

Last day warriors will be fearless for the Kingdom of God! James 4:7-8, "Therefore submit to God. Resist the devil and he will flee from you. Draw near to God and He will draw near to you."  In Matthew 4, when Jesus was in the wilderness to fast and pray for 40 days, the devil kept messing with Him. Jesus said this, "Away with you satan."
When you're completely submitted to God, you have the power to resist the devil because of the authority that Jesus gave us. Once you resist the enemy the Bible says that he will flee from you, then we draw near towards our father, and He will draw near to us. There is a remnant arising today that will resist the devil because we believe that there is a great move of God coming  and a great awakening.

1 Peter 5:8-9 says, "The enemy comes like a roaring lion, seeking whom he may devour. Resist the enemy and stay steadfast in the faith."
As Believers we should not be moved or shaken by any attack of the enemy. When the enemy roars, stay strong in the faith and submit to God, resist the devil and he will flee. Now is the time that the children of God must stand up, stand out and be counted on.
We must remember key versus like Ephesians 6:10, "Finally, my brethren, be strong in the Lord and the power of His might." Verses like this encourage us because it's not our strength that we stand in, but with the power and the ability that God has given us in the strength from on high to fight the battle.
We can no longer preach and teach lightly about spiritual warfare and who we are in Christ but this needs to be one of the main teachings that we equip the saints of God with in this hour to stand fast in all that God has promised us.

Luke 10:19 - "Behold, I have given you authority to tread on serpents and scorpions, and over the power of the enemy, and nothing shall hurt you." The Lord has given us authority and power and the guarantee that we will be victorious. The enemy comes in and tries to silence your faith with fear. When the Lord's voice is the loudest voice in your life (through building yourself up in the scriptures that have to do with who you are in Christ, your right standing with God, and walking in the Spirit), you will never be conquered by fear because your faith level is so high.

Luke 9:1 - "And He called the disciples together and gave them power and authority over all demons and to cure diseases."
God is looking for a remnant of His children to stand up in that authority and that power that He has already given us.

Will you walk in your God-given authority today? 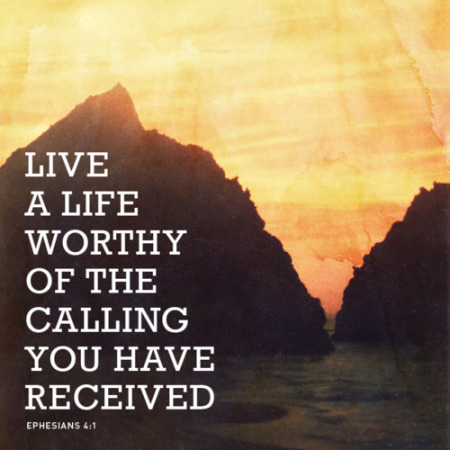