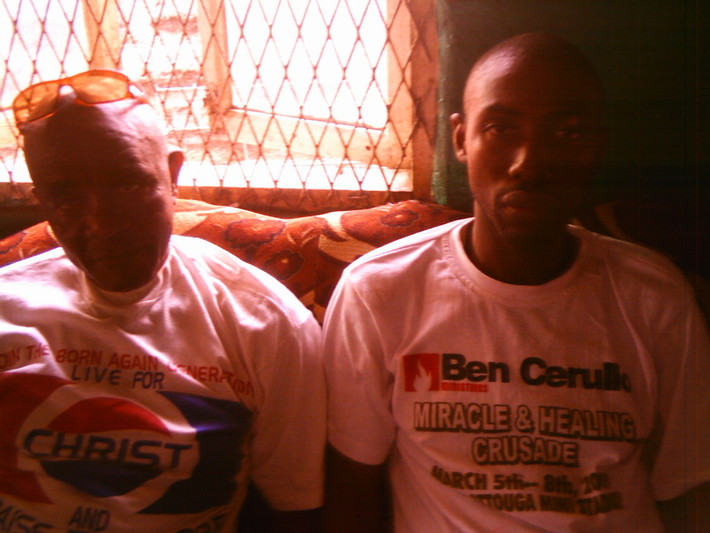 ERNEST SHEKU KARGBO has not received any gifts yet

Pastor Ernest Sheku Kargbo was born on the 30th April, 1979, in Wellington, in the city of Freetown, Sierra Leone, West Africa. To Christian parents, Mr. Stanley M. Kargbo and Mrs. Kadie Kargbo. He is the second child and second son of four children of his parents. Emmanuel, the eldest, Alice his younger sister and Ezekiel the youngest.

He grew up in the children Sunday school department of his family church but in his early youthful stage he became uncommitted in attending church and church activities and even to the service of God. In 1997, he rededicated his life to Christ when he found himself in the Assemblies of God Church in his area. There he became committed again to the service of God and in the following year he started playing keyboard in this church Sunday and weekly services.

In this same church he served in the youth ministry executive in different capacities as assistant music director, financial secretary, organizing secretary, and finally vice president. He also served in the choir as choir director for five years and later relocated to Grafton where he joined the Flaming Bible Church Grafton. There again he helped in the church as choir director and youth coordinator.

Pastor Ernest who completed his secondary (high) school in 2000 then proceeded to further his education in the university in 2003 and completed in 2007 where he studied Bsc Education in Mathematics/Physics. He also did his diploma in Christian ministry in a bible school in his country.
He begins to sense the call of God in his life in 2001 when he went for holiday in his grandfather’s village where there was no church. By then he was in second year in the university. He started a fellowship in the village and when the holiday ended he returned home. He had a confirmation of the call in his life in 2006 which lead to the start of the Heaven’s Gate Christian Ministry in the same village.
Pastor Ernest is a secondary (high) school teacher. He is still single but trusting God for a partner that will be a bone of his bone and a flesh of his flesh and also a helpmate.
He was involved in a severe car accident on the 8th January, 2008, two days after he started a home cell that gave birth to the church in the city. The car somersaulted into a tiny bridge and six people lost their lives in that incident. During this incident the only thing that saved God’s humble servant was the name of Jesus Christ. Even those that went to rescue his body in the bridge testified that in his unconscious state he was still calling on the name of Jesus. His left hand was broken in that incident and the devil was trying very hard to cause this hand to be deformed. But thanks be to God he is recovering gradually and he has even started using this hand.

DEB said…
Thank you, Ernest, for your offer of friendship! God Bless you as you minister to your people. I pray youre day today is filled with joy, and much grace as you walk with jesus today, going about your business! I pray many will come to Christ thru your ministry! In HIS Love...Deb

Albert Finch said…
Thank you for joining the Albert Finch Ministry web-site. As you are probably aware the ministry is dedicated to the equipping of the Body of Christ for discipleship. Each day there are new postings. From time to time there will be special e-mail studies to members only. If you have questions or comments about any of these please indicate on the site or e-mail me at: alfinch2975@yahoo.com.

As ever in Christ Jesus,
Albert