ADVANCING INTO THE PROMISED LAND

Jesus Christ, as the supreme Apostle ("...Jesus, the Apostle and High Priest whom we confess," Hebrews 3:1), was the One who broke through the temple veil and made a new and living way for us to follow into the presence of God.

Jesus, our chief Apostle, broke through and opened a new and living way. In order to truly be effective in the Great Commission, as a forerunner must do the same in our efforts to establish the Kingdom of God. Being born again in Christ we have access to a great breaker anointing within us.

It is Jesus inside of you -- Jesus opened up a new and living way for us into the Kingdom of God through salvation. Yet now, with Christ in us, we can take His power into the earth and open up new roads of opportunities for His Kingdom to expand on the earth. Get ready for new levels...it's breakthrough time!

"But the people who live there are powerful, and the cities are fortified and very large. We even saw descendants of Anak there" (Numbers 13:28). A spirit of fear was released to a whole community of people even though there was visible fruit of what could be accomplished.
Yet, in the midst of doubt, one spoke up: Caleb.
Caleb believed they could take the land – Caleb did not see through the eyes of a normal person, nor did he have the same spirit as the others. There was something different about him in comparison to the other pioneers; he saw an eternal reality. In fact, he was rewarded. The Lord said of him that he had a different spirit and that he followed Him wholeheartedly. With Caleb, Joshua also stood, believing they could take the land.
It was a "new way" for all of the Israelites, and they could not believe the message of Caleb and Joshua. There were other forerunners with Caleb and Joshua, yet it was only Caleb and Joshua who carried the BREAKER ANOINTING.

SEEING IN AN ETERNAL REALITY

A believer with a true breaker anointing is one that stands even in the midst of everyone affected by disbelief. For them, there is a "brand new way", yet it is a possible one. Their authority is many times challenged; but their faith and declaration coupled with action is weighty and can shift societies, cultures, and nations.

If we take DISCIPLING BABY CHRISTIANS INTO THEIR INHERITANCE IN CHRIST out of the RESPONSIBILITY OF THE CHURCH BODY or fail to make it a dwelling place, we become like the Israelite spies that gave a report of the impossibilities. They believed they couldn't dwell in the fullness of the riches because of the giants.

But, there is a voice saying, "We can take the land, we can live in an ongoing outpouring because it is a living way." It is not just a way that is new and never seen; it is a way that is alive and unending – a living way. The path that Christ torched for us to come into the Kingdom was completely "new" and could not be opened by any besides Himself. Yet the path is still open today, and it is living – Kingdom living.

The Kingdom of God is 24/7. It is continually in season and out (see Mark 11:13,14). It must become a dwelling place, a place that is inhabited. If it isn't, the normal Christian life will be seen as just a series of intermittent events. It will be seen only through an earthly reality when, all the while, we have available for us an eternal reality...Heaven on earth.

God has made available for the Body of Christ open Heavens that will not shut, and we can dwell in these places. A living way is a breathing path that has limitless fruitful encounters.

TAKING THE INITIATIVE ONTO UNFAMILIAR PATHS

God is raising up super-breakers or super-pioneers to not only make a new way, but to make it both a new and living way. They are the ones that take initiative and do not wait for others to do it for them. They are young, old, and middle-aged. They are learned, unlearned, and of all classes.

We must not wait for others; we must not see like others, we must be like lions, stepping into God's CALLING on our life!

"I will lead the blind by ways they have not known, along unfamiliar paths I will guide them; I will turn the darkness into light before them and make the rough places smooth. These are the things I will do; I will not forsake them." - Isaiah 42:16 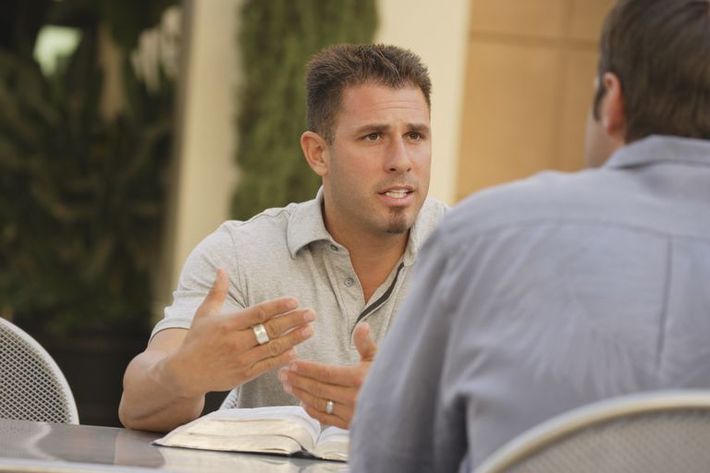 Hebrews is very important to those in Christ, a map to the door of Pentecost.