"When the poor and needy seek water, and there is none, and their tongue faileth for thirst, I the LORD will hear them, I the God of Israel will not forsake them. I will open rivers in high places, and fountains in the midst of the valleys: I will make the wilderness a pool of water, and the dry land springs of water.

I will plant in the wilderness the cedar, the shittah tree, and the myrtle, and the oil tree; I will set in the desert the fir tree, and the pine, and the box tree together: That they may see, and know, and consider, and understand together, that the hand of the LORD hath done this, and the Holy One of Israel hath created it."

The river was a river of breakthrough, healing, and refreshing -- the Lord is speaking of the waters which are released to His children.

DOORS ARE OPENED TO THE POOR AND NEEDY

In  Isaiah 41:17-20, there is a door opened for the poor and needy. The word "poor" is a Hebrew word that translates as poor, afflicted, wretched, lowly, and weak. Being poor does not always represent a financial need. Luke 13:11 speaks of woman who suffered with an infirmity for eighteen years and was bowed down, unable to straighten up. Jesus laid hands on her and loosed her from the infirmity. This is an example of someone who is in poor health, weak, and even beaten down with sickness and disease.

Some of us have lost hope, are troubled, and are suffering with hope deferred. We are not discouraged for the Lord is releasing a river of hope and healing to us! We do not allow our soul to be downcast, but put our hope in God! (Psalms 42:5, 42:11, 43:5)

THE SQUEEZE THROUGH THE NARROW PLACE

Acts 10:38 - "How God anointed Jesus....who went about doing good, and healing all that were oppressed of the devil.."
The word "oppressed" is derived from a root word which means "press, to squeeze." The enemy is applying great pressure to cause us to go backwards. He does not desire that we "press in" for our deliverance and BREAKTHROUGH. There is also a strong attack from the enemy that would attempt to cause us to quit the race, throw in the towel, and not fulfill our DESTINY in Christ.

Another reason for the "squeeze" we are experiencing is because we are going through a narrow place. God is taking us to the thresholds of BREAKTHROUGH, but in the narrow places the enemy is trying to squeeze the life out of us!

As we come through this tight place -- we are going through the threshold into a greater place of enlargement and, God is going to pour out a river of breakthrough on our behalf!

THE DOOR IS OPENED IN HIGH PLACES


The Lord is opening a door in the high places as we are being called to "go up higher!" God is calling us to experience His glory, and to receive new levels of revelation, and to experience the fullness of the Seven Spirits of God.

Revelation 4:1-2, 5: - "After this I looked, and, behold, a door was opened in Heaven: and the first voice which I heard was as it were of a trumpet talking with me; which said, 'Come up hither, and I will shew thee things which must be hereafter.'

And immediately I was in the spirit: and, behold, a throne was set in Heaven, and one sat on the throne.

And out of the throne proceeded lightnings and thunderings and voices: and there were seven lamps of fire burning before the throne, which are the seven Spirits of God."

THE RIVER IN HIGH PLACES

As we seek these high places in Him, He promises to open up rivers in those high places. A river in this passage refers to a flooding river. It will be as a river that has great movement. The Lord will release a sound from Heaven, and it will cause the rivers to overflow upon us and break us through the obstacles which block breakthrough.

The river also represents light and brightness that will release God's glory and a supernatural grace to represent His Light upon the earth. In order to experience this new level of glory, we must become positioned properly, in the "high plateaus," sitting at His feet, and meditating on His Words that flow from the throne.

THE FOUNTAINS IN THE VALLEY

There are those who feel they are in a valley experience. Many times, a valley refers to the Valley of Decision (Joel 3:14). Many of us are being required to make firm decisions to follow God no matter what the cost. We can often become very dry and weary during this process, but God promises to release a fountain of strength and refreshing as we press through this narrow place.

POOLS OF WATER IN THE WILDERNESS

For those of us cycling out of the desert place, He is providing a refreshing pool. It is in the desert that we have opportunities to experience much of God's healing and deliverance. We can drink from His well, and be refreshed and empowered to cycle out of the wilderness, and move on into our Promised Land.

These are seasons in our walk when God builds great, great faith and moves us from one level of glory to another.

THE MIGHTY OVERFLOW OF HIS RIVER

Isaiah 41:17-20 speaks of God pouring out such a mighty flood that it OVERFLOWS from the high place, down into the valleys and then waters the desert. In this fashion, when God sends His mighty flood waters, it touches all of us, no matter what phase we are in.

Plus, for those who have felt as if the dry seasons have made their tongues ineffective -- this mighty overflow from His River will release His power from "on High."

We are about to witness the promise that the words we speak will not longer fall to the ground and die, but rather become alive, active, and full of power!

The flood gates have opened. Doors to our BREAKTHROUGH are opening! 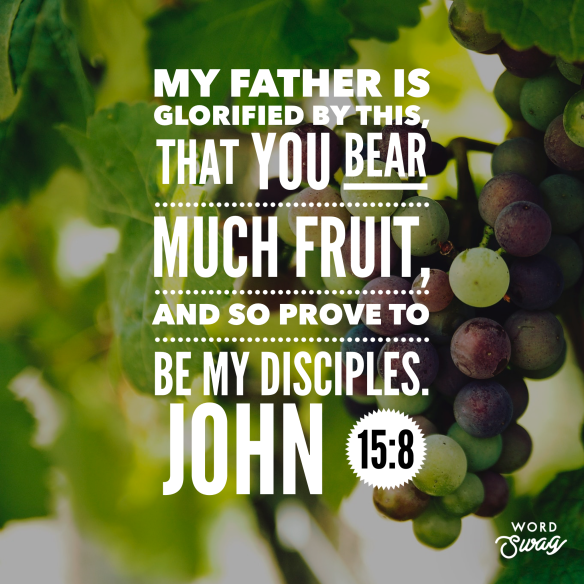