Luke 10:38-42 - "As Jesus and his disciples went on their way, he came to a certain village where a woman named Martha welcomed Him in her home. She had a sister named Mary, who sat down at the feet of the Lord and listened to His teaching. Martha was upset over all the work she had to do; so she came and said, 'Lord, don't you care that my sister has left me to do all the work by myself? Tell her to come and help me!'
The Lord answered her, 'Martha, Martha! You are worried and troubled over so many things, but just one is needed, Mary has chosen the better part, and it will not be taken away from her.'"

Most servants want to degrade the role of the "FRIEND" to feel justified in their works-oriented approach to God. Jesus's response is important to remember: "Mary has chosen the better part."

Martha was making a meal that Jesus never ordered. Doing more for God is the method SERVANTS use to get God's attention that they might increase in favor.
A FRIEND has a different focus entirely: they enjoy the favor they have and use it to spend time with their master.

To say we need both Marys and Marthas is to miss the point entirely. And it simply isn't true. It has been said that nothing would ever get done if we didn't have any Marthas. That too is a lie. That teaching comes mostly from Marthas who are intimidated by the lifestyle of Marys.

Mary wasn't a nonworker. Rather she was beginning to be like her Master, who only did what He saw the Father do (John 5:19). Jesus was talking, so Mary set aside other distractions and sat down to listen. She didn't get caught up in making the food that Jesus didn't order. She was learning that working FROM His presence is much more effective than working FOR His presence.

AS I SIT AT THE FEET OF JESUS I LABOR FOR THE MEAT THAT HE GIVES ME WHICH ENDURES UNTO EVERLASTING LIFE.

I AM BECOMING A PASSENGER IN THE VEHICLE OF HIS WILL, A VEHICLE IN WHICH HE HIMSELF IS BOTH CAPTAIN AND NAVIGATOR. 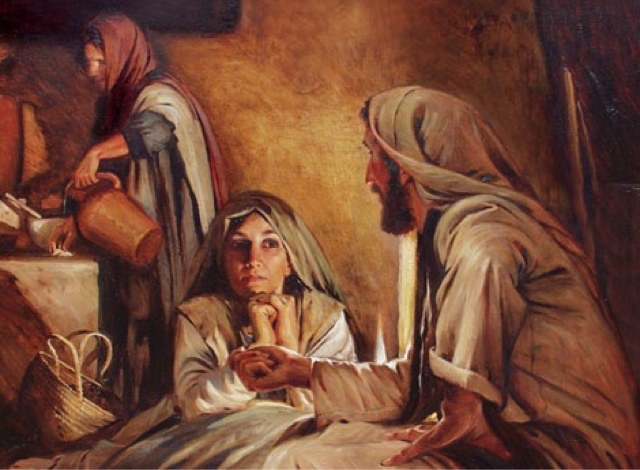